A Hobby is a regular activity that is done for enjoyment, typically during one’s leisure time. Hobbies can include collecting themed items and objects, engaging in creative and artistic pursuits, playing sports, or pursuing other amusements. A list of hobbies is lengthy and always changing as interests and fashions change. By continually participating in a particular hobby, one can acquire substantial skill and knowledge in that area. Engagement in hobbies has increased since the late nineteenth century as workers have more leisure time and advancing production and technology have provided more support for leisure activities

In the 16th century, the term hobyn had the meaning of small horse and pony . The term hobby horse was documented in a 1557 payment confirmation for a Hobbyhorse from Reading, England. The item, originally called a Tourney Horse, was made of a wooden or basketwork frame with an artificial tail and head. It was designed for a child to mimic riding a real horse. By 1816 the derivative, hobby, was introduced into the vocabulary of a number of English people. Over the course of subsequent centuries, the term came to be associated with recreation and leisure. In the 17th century, the term was used in a pejorative sense by suggesting that a hobby was a childish pursuit, however in the 18th century with a more industrial society and more leisure time, hobbies took on greater respectability

The three Winster hobby horses and other performers, c. 1870 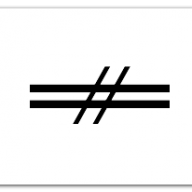