A History of the English-Speaking Peoples is a four-volume history of Britain and its former colonies and possessions throughout the world, written by Winston Churchill, covering the period from Caesar’s invasions of Britain 55 BC to the end of the Second Boer War 1902. It was started in 1937 and finally published 1956 – 1958, delayed several times by war and his work on other texts. The volumes have been abridged into a single-volume, concise edition. Churchill, who excelled in the study of history as a child and whose mother was American, had a firm belief in a so-called special relationship between the people of Britain and its Commonwealth – Australia, Canada and New Zealand, united under the Crown, and the people of the United States

A History of the English-Speaking Peoples –  942 pages,  four-volume history written by Winston Churchill 1956 – 1958
The four volumes are: 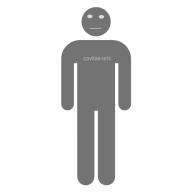